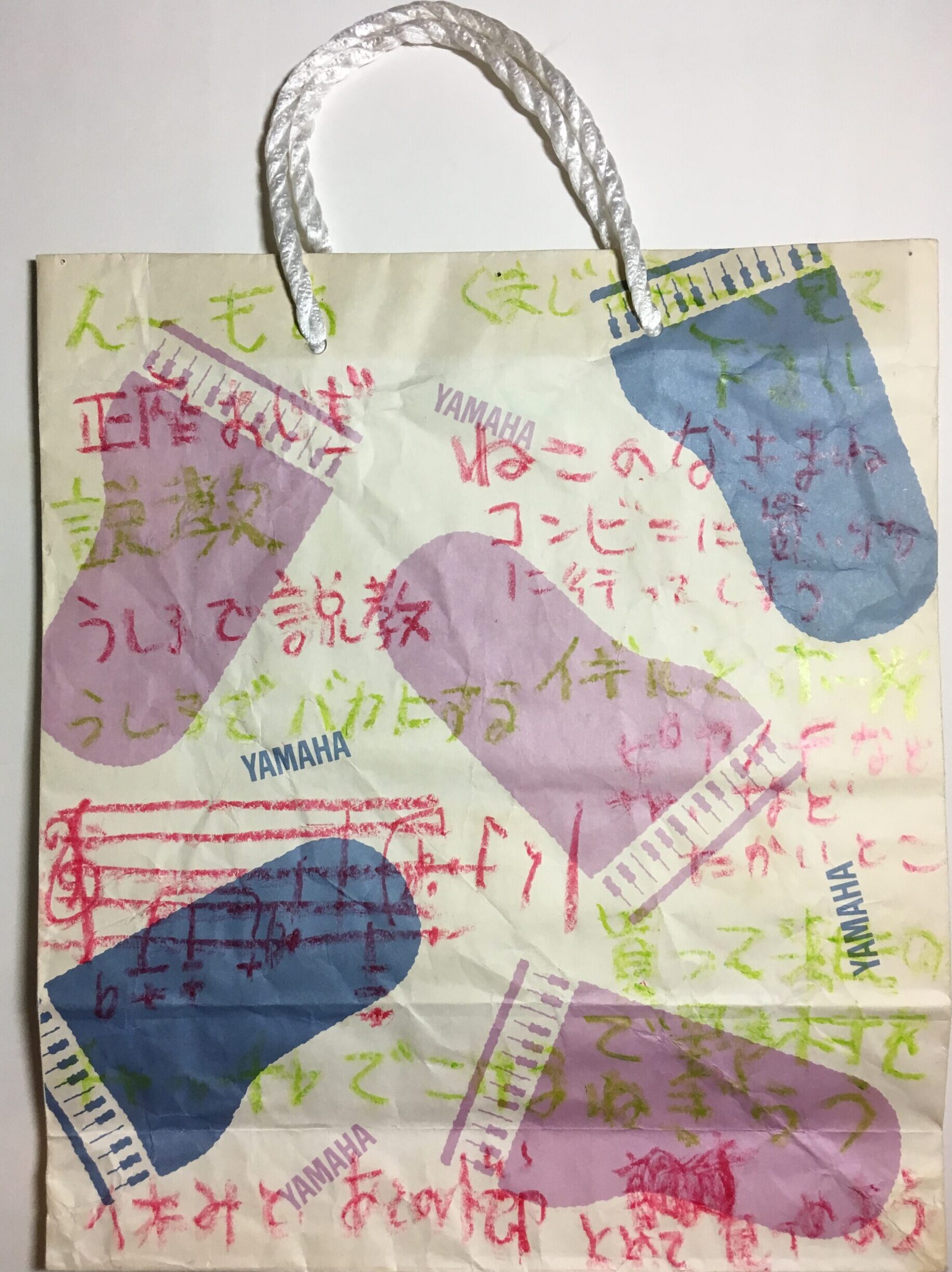 “SHOGI COMPOSITION” is a kind of recipe for collaborative composition among various people with different musical backgrounds. It is just like playing cards around a table. A few players around a table compose short passages one after another instead of playing cards. Please enjoy it and compose new interesting music!

1. The Number of Players

In order to do SHOGI COMPOSITION at least 2 players are required. Although you can do it with 10 or more players theoretically, with the more players you will have to prepare the greater amount of time. Practically speaking, the proper number of its players can be 3,4 or 5. Each player is supposed to bring his/her musical instruments, sound objects etc.

In order to do SHOGI COMPOSITION you have to prepare paper to write music down. Of course you don’t have to prepare 5-lined-music-paper because in SHOGI COMPOSITION each player is allowed to write music down in his/her own way. You can use drawing paper, useless calendars, useless posters and so on. You also have to prepare colored pens/pencils. Each player is supposed to choose one color and use always the same color. When you complete the composition, the paper will be the artistic picture as well as music score.

For the performance, at first the first player starts repeating his/her first phrase and hands the paper to the next player. Then the next player starts playing his/her first phrase and hands the paper to his/her next player. Similarly keep the process until everyone plays the every phrase. Consult and decide title how to finish the piece with each other before the performance. In order to play fluently practice the piece you composed together by SHOGI COMPOSITION many times before your performance. For example it takes 2 hours for composition and only 10 minutes for performance. You may photocopy the paper for each performer.